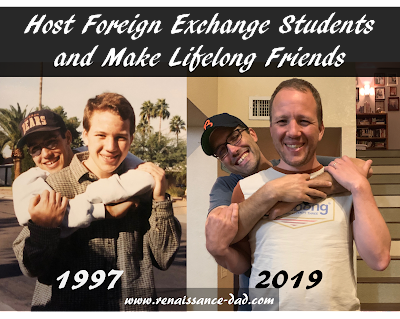 When my older brother and I were in high school, he was sold on the idea that we should host a foreign exchange student. I have four brothers, and at that time our family had two in high school, one in junior high, and two in elementary school. I think my parents' response was something along the lines of, "That would be a great experience for all of us. Let's do it." But, being a parent now, I can only imagine the internal monologue went something like, "There are already five of you. I can't imagine life being any more chaotic, so why not?"

That year my brother went as a foreign exchange student to Germany, which was followed by us hosting a student from Germany. It was a great experience for our family, and the following year we decided to host again, and the student we hosted the first time was going to stay with us again.

Several days before the students were set to arrive, our teacher decided that she didn't want to deal with a trip like this and cancelled our school's involvement. My mom, being the amazing person that she is, decided that it wasn't fair to leave a group of German students stranded. She found homes for all of them and the trip was on.

About a dozen students from Germany stayed with people from our church, our school, and our neighborhood. This meant that we were the common ground, and our house was the hub for many activities during their time here. We got to know all of the students, and many friendships were formed. 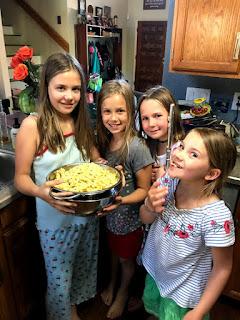 Three years later, we got a letter in the mail (that is how people used to communicate back then). One of the families that sent two sons on that previous trip were going to come to the States to visit around Christmas. My parents (the same ones who love chaos) let us know that our German friends would be staying with us that Christmas. Our family of seven plus their family of six. It was one of the funnest, most memorable Christmases that I had growing up. We had an absolute blast together, and I remember wondering when I would see them again.

Since that time, their daughter visited me and stayed with my then girlfriend (now wife) when we were in college. Their youngest son and his wife stayed with us years later on their honeymoon.

And just recently we got a message from their second oldest son, Thomas. He and his family were coming to the States for a visit. We were thrilled to host them for a week (the conversation was something like, "I can't imagine life being any more chaotic, so why not?"). 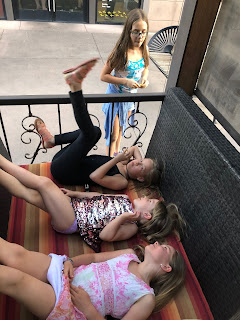 Their family of five and our family of five stayed in our house (see the generational patterns?), and we had a great time with them. As our kids played and the grownups enjoyed adult beverages and we all laughed, I thought about that moment from 25 years ago when my parents decided to open up our home and host some students.

Thomas and I then started wondering what the next 25 years will bring. Maybe we will all meet up sometime in the future in Switzerland, where they live. Maybe 25 years from now our kids will get together and think fondly of the time when they first met. Maybe they will attempt to recreate pictures from the time they met the way their fathers did in 2019.

Right now you may be thinking, "So what? You made a friend a long time ago and you're still in contact. What's the point?" 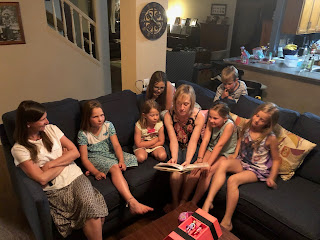 Our friends came this year during May, my busiest month of the school year. It would have been easy to let them know that we wouldn't be available. When they came the first time 25 years ago, it would have been easy for my family to say that we didn't have the room, or the house wasn't clean enough, or the drapes were too old (actually, I don't think we had drapes growing up...).

Hospitality puts the focus on the relationship and sets aside all of those other things that can get in the way (schedules, clutter, drapes, etc.), because the truth is, it's never the perfect time and our homes are never pristine. I believe hospitality is something of a lost art in our society today, but one I hope will make a comeback. I am thankful that 25 years ago my parents taught me to be hospitable, and I only hope that in us opening our home we will show our children how to be hospitable as well.
Posted by Renaissance Dad at 8:51 PM