Use Up Leftover Paint with a Little Creativity 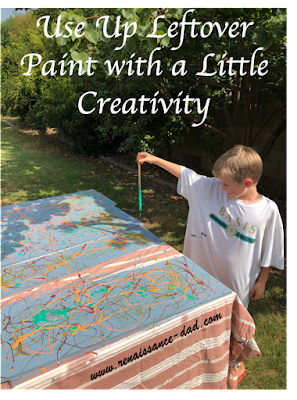 I recently converted a space in our house into a closet (full article on that next month). It was another If You Give a Mouse a Cookie project, which started with wanting to paint the upstairs landing and ended with gutting cabinets, framing, and drywalling. As with any house project, go big or stay home! 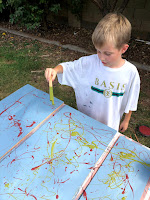 I was working on using up the grey paint that I used on most of our house, and after 1200 square feet of various shades of grey I started to feel like I was in a Tim Burton movie. Don't get me wrong, I like the colors that we used in our house. But after months of painting with it I was ready for a little splash of color.

Read more »
Posted by Renaissance Dad at 8:38 PM No comments: 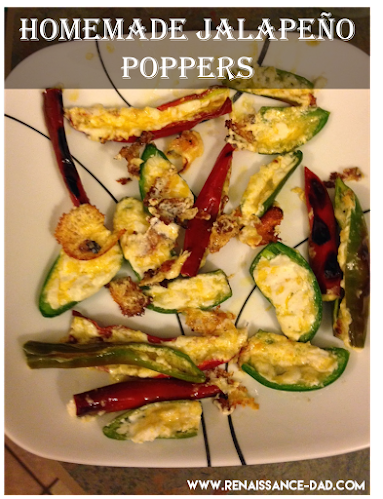 When my wife and I were first married, we decided to try gardening in our yard in the Chicago suburbs. It was an extremely fertile plot of land, so the two tomato plants and one jalapeño plant gave us an abundant crop. In fact, the jalapeño plant was too proficient, and I could not give the peppers away. So my father-in-law and I decided to try canning them.

We sat down at his kitchen table with two very large bags of peppers. We donned our rubber gloves (because, after all, with that much jalapeño chopping we didn't want to irritate our skin). About ten minutes into what ended up being a two hour ordeal, the acid from the peppers leached through the gloves and our hands started  burning. About 30 minutes in, pepper-infused sweat was pouring down our faces and our eyes were tearing up. So here we were--two grown men at a kitchen table, griping about jalapeños with tears streaming down our faces, and in walked my wife and my sister-in-law. Then, to make matters worse, when we canned the peppers, we ended up with two half-pint jars of mushy paste that we decided to throw away. I have never again attempted to can anything. So the question has plagued me for more than a decade: What does one do with an over abundance of hot peppers?

Here's the solution: Homemade, good for you (okay, how about 'not terrible for you?') jalapeño poppers. These are really simple to make, and even turned my (self-proclaimed) wimpy wife into a jalapeño junky.

Start with the peppers. I have used jalapeño, anaheim, serrano, and whatever hot pepper I can get my hands on (a big thanks to Ed and Shelly for being my constant supply of hot peppers that I don't grow in my yard). Cut the peppers in half and scrape the seeds into your compost pile. 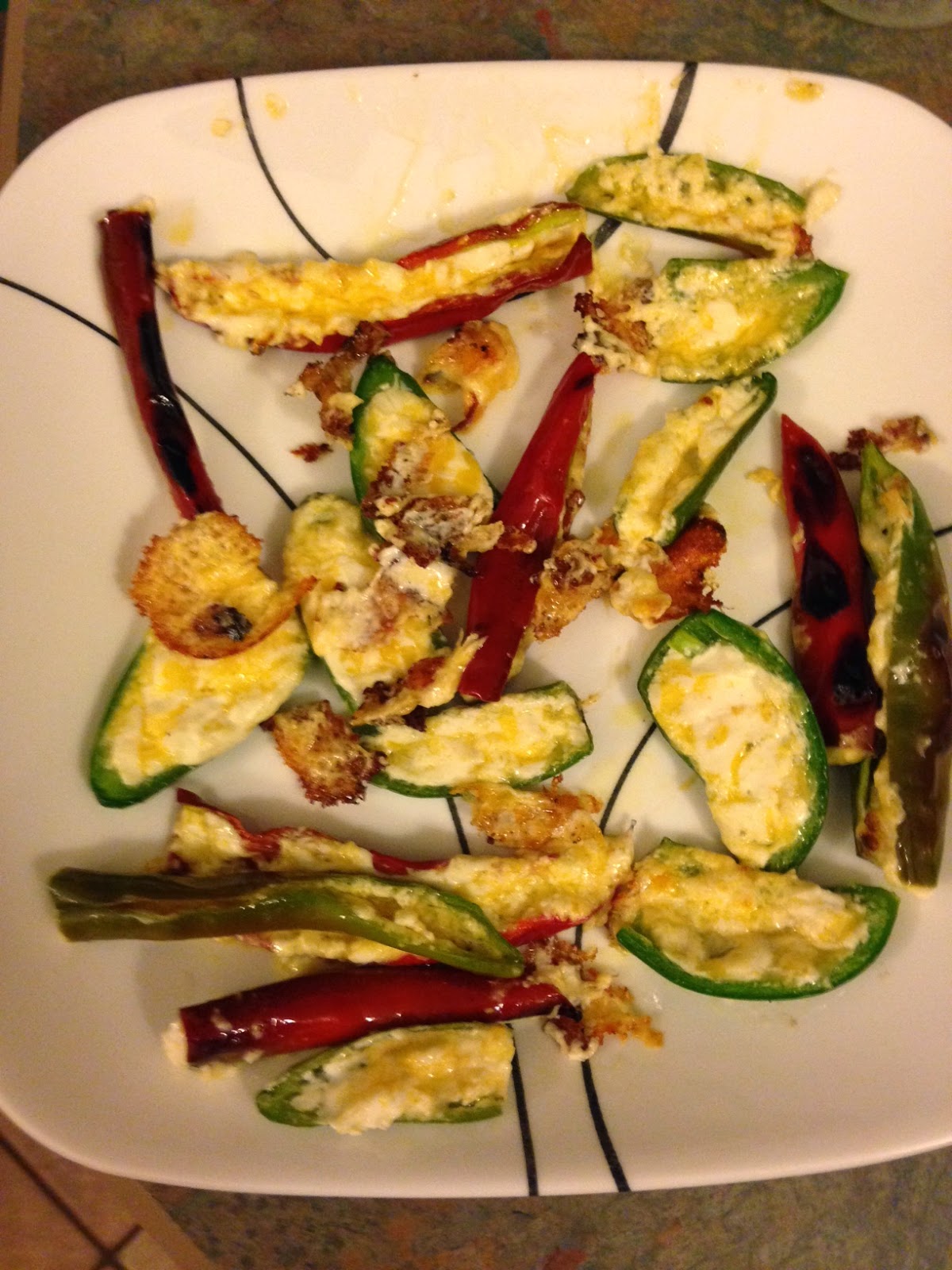 In a small bowl, mix equal parts grated cheddar cheese and cream cheese (you can use neufchatel for a lower fat option). Scoop the mixture into the pepper halves, place on a baking sheet, and bake in the oven at 350ish (or on the grill) until the cheese is bubbly and slightly brown. Please note that the cheese will melt out of the pepper and will cause a moat of bubbly goodness surrounding the pepper. These can burn rather quickly, so keep an eye on them.

These are a festive appetizer, and frankly, one of my favorite things about them is that the kids don't like them. This means that on jalapeño popper days I will get at least one thing that I can eat without a kid at my elbow saying, "Daddy, can I have a bite?"

Isn't that worth at least a little bit of heartburn?

Posted by Renaissance Dad at 8:30 PM No comments: