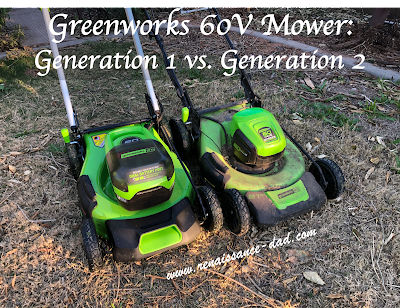 Six years ago to the week I posted a review of a Greenworks 40V Twin Blade lawnmower that I had been using for quite some time. At that point, I thought it was the best mower that I had ever used. Three-and-a-half years after that, I got to test out the new version, a 60V Self-Propelled single blade lawnmower. I was such a fan of my 40V mower, I didn't see the need to upgrade. But the 60V mower won me over with its long run time, wide cutting path, and its overall power.

Last fall Greenworks announced a second generation of their 60V mower. Just like last time, my first reaction was to stand by my trusty old mower. But looking at the list of new features made me want to see how the 2nd generation 60V mower stacked up to the 1st generation as soon as it became available. 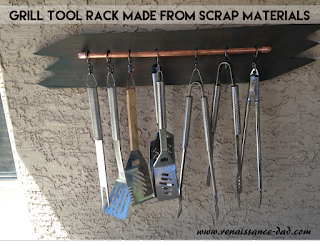 In case you missed the point in the post about my Weber Performer, I love grilling. There is something about fire and vegetables and meat and cooking that is peaceful and relaxing. The perfect burger sizzling away, corn on the cob roasting, slices of grilled pineapple warming over the flames... I'll have to finish this post later. I'm getting really hungry.

Read more »
Posted by Renaissance Dad at 9:00 PM No comments: