Summer Reading List for Your Kids: 13+ Books to Keep Your Kids, Tweens, and Teens Occupied 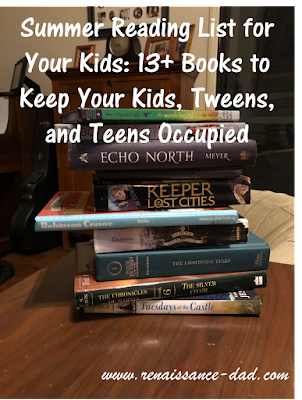 Four years ago I wrote an article about some of my favorite books as a recommendation for summer reading (if you missed it or if you need some outstanding books to read, you can check the article out here). Most of the books that I recommend in that article are for teens and older. Great for parents, but maybe not much help for your kiddos.

If your kids are anything like mine, they attack books during the summer like a starving Tasmanian devil devouring carrion. It seems like they read almost every book in the library before the first week of summer is up and are always looking for new recommendations. So leading into this summer, I thought that maybe I could get some help from my kiddos, and--after some coaxing--I got them to tell me about some lesser known favorites. Don't expect in-depth book reviews here (have you ever tried to get a story synopsis and thoughtful critique from an eight-year-old?), but these are kid tested and approved! If you have a reader and a library nearby, here are some recommendations. 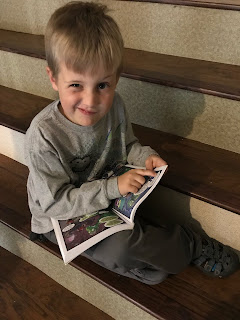 Once Upon a Royal Superbaby and Once Upon a Cool Motorcycle Dude, by Kevin O'Malley (any age). This is a picture book, and while my kids are generally older and into chapter books, this one still gets belly laughs from my tween. It is great for any age kid to practice expressive reading, which their English teacher in the fall will absolutely love and thank you for.

Tyrannosaurus Ralph, by Nate Evans (ages 6-10). Tyrannosaurus Ralph is a graphic novel that includes dinosaurs, bullies, aliens, and mild potty humor. My six-year-old said that the best thing about this book is the "atom smashing wedgie." So apparently that's a thing.

Cosmic Commando, by Christopher Eliopoulos (ages 6-10). This is another graphic novel that includes brothers whose video games come to life, and the brothers need to work together to fight it. Says Little E, "A kid fights a blob, and that's cool." 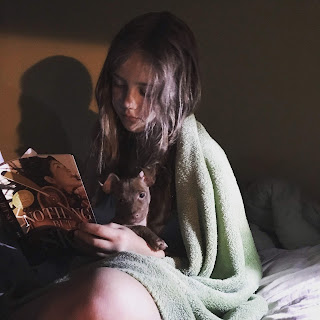 Rosie Revere and the Raucous Riveters: The Questioneers Book #1, by Andrea Beaty and David Roberts (ages 8-11). This book is all about girl power. My third grader loved the Rosie Revere picture books, and when she discovered the chapter book(s) she was ecstatic. She said that she loves the inventing that goes on, and that she likes the engineering and the artwork.

Whatever After (series), by Sarah Mlynowski (ages 8-11). Not a lesser known book, but there are about a million in the series, so it will keep your kids busy. Our third grader loves them, but our fifth grader steals them regularly. The gist of the story is that a girl and her brother visit fairy tales, break them, and then have to get them back on track. 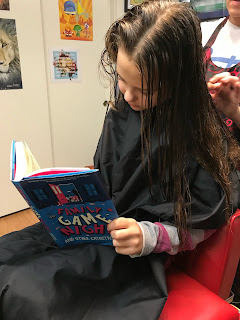 Nothing But Sky, by Amy Trueblood (tweens and teens). This is a young adult book that's clean enough for younger avid readers. My tween loves that "a girl punches a man," but the book is actually about a girl who is a wing-walker in the 1920's.

Insignificant Events in the Life of a Cactus, by Dusti Bowling (ages 8-12). A girl born with no arms moves to Arizona with her family to run an Old West theme park, where she discovers a mystery that needs solving. The book has won lots of awards, and my 11-year-old laughed out loud while reading it.

Tuesdays at the Castle, by Jessica Day George (ages 8-12). A princess lives in a castle that changes every Tuesday. When the king and queen disappear, it is up to the princess to save the kingdom with the help of the castle. My tween read this in less than a day and has reread it numerous times. 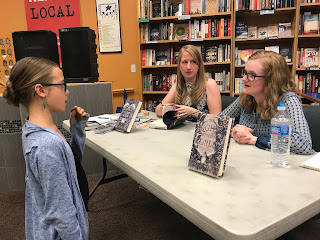 Family Game Night & Other Catastrophes, by Mary E. Lambert (ages 8-12). A family deals with a mother who has hoarder disorder. It's heartfelt and has funny moments.

Echo North, by Joanna Ruth Meyer (tweens and teens). This is a retelling of a lesser known fairy tale (East of the Sun, West of the Moon), but it reminded my daughter of Beauty and the Beast. This includes magic, wolves, and a quest. She has read it three times. 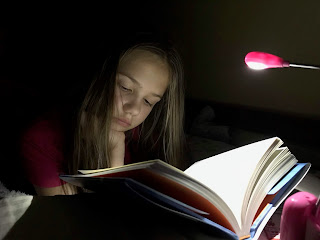 Peter and the Star Catchers, by Dave Barry and Ridley Pearson (ages 8-12). Not lesser known, but still one that my kids return to time and time again. "I like this one because it tells how the great Peter Pan got his powers and why Captain Hook is bad," says Big E.

Shadow Magic, by Joshua Khan (ages 8-12). You only need my tween's description for this one. "I like it because it has kissing, magic, an evil sorcerer, an orphaned queen, kissing, and a giant bat. These are some of the best things."

If your kids devour books, do yourself a favor and order all of these books at once. This will buy you some quiet during the summer. Your kids will exercise their brains without knowing it, you will have some time to yourself, and their teachers in the fall will be thrilled that they actually read books over the summer. Then, once they've read all of them, you can have them start over at the top of the list and read them all again.

Posted by Renaissance Dad at 9:46 PM

Email ThisBlogThis!Share to TwitterShare to FacebookShare to Pinterest
Labels: Classroom