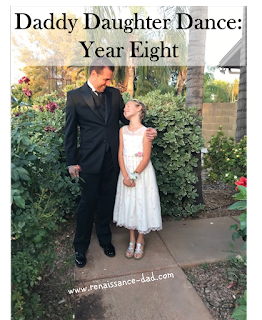 When my oldest daughter, Big E, was 2, I took her to her first prom. I was a chaperone, and she was an adorable date. We danced and danced, and we decided on "our song," A Wink and a Smile. A couple of weeks after we had our first dance, our neighbor was going to her prom. We watched her parents take pictures in their front yard, and then she got into a car with her date and drove off. Big E looked at me and said, "Why isn't her daddy going with her?" I explained that her daddy was staying home and his daughter was going to prom with a different boy. With tears welling up in her big, brown eyes, she said, "I don't ever want to go to prom with anybody except my daddy." 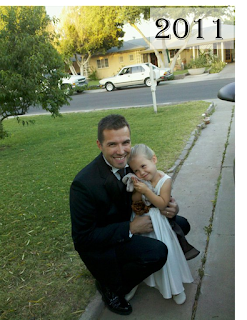 Each year from that point on I took one of my two daughters to prom. We would alternate each year, unless it was a year that my school also had a formal dance (or Homecoming, or Valentines, or any other dance), in which case each of them would get to go. In my estimation I have gone to over a dozen dances with my daughters.

One of my saving graces was buying fake corsages (they're actually real, as in they actually exist, but I don't know what to call a corsage that is made from fake flowers). Each year we get dressed up, I dust off a corsage for my girl, and we go dance. 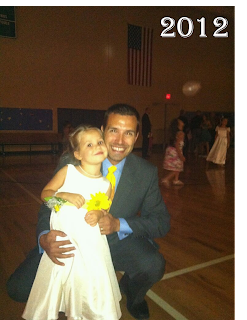 There have certainly been times when I have not wanted to chaperone prom. The end of the school year is exhausting and the last thing I want to do is put on a tux and wander around a teenager-filled dance hall while DJ Fresh is playing awful music by some techno artist I've never heard of (does that statement make me sound 80 years old?). After I force myself out of the house, the enjoyment of being there for my students is a highlight, but the delight these dances brings to my daughters is absolutely priceless and keeps me going year after year.

I'm sitting here trying to figure out how to wrap this all up. Do I plead with all of the fathers out there to take your daughters out to a dance? Do I lament the fact that when I go to a daddy/daughter dance there aren't many dads actually dancing? Or do I merely use this as an opportunity to look back at the dances I've taken my girls to through the years as a cyber time capsule and just relish in the memories of the past eight years?

I've said it before, but I think it is worth repeating. Dads, even if dancing is not your thing, create traditions with your kids. Big E just recently told me that none of her friends go on dates with their dads, and it just about broke my heart. Don't underestimate the value of a little bit of time dancing to YMCA, playing mini golf, or just enjoying each other's company over an ice cream sundae.

And to my girls, when it is your prom and you're attending as students, save a dance for your daddy. 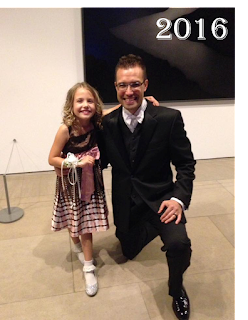 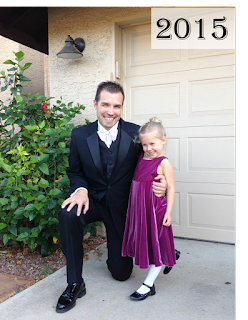 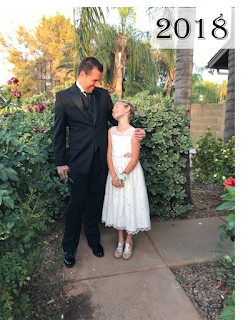 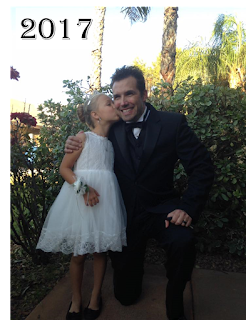 Posted by Renaissance Dad at 9:31 PM

Email ThisBlogThis!Share to TwitterShare to FacebookShare to Pinterest
Labels: Classroom