I like saving money, I like bargains, and I have no problem asking for discounts. I have always been that way. In fact, my entire family is that way in one way or another. When we exchange Christmas presents, we intentionally leave the original price tag on the gift, and then announce to the entire family the discount that we got. And, yeah, it's kind of a competition. So when I have a great deal that may be somewhat unknown, I like to share it. 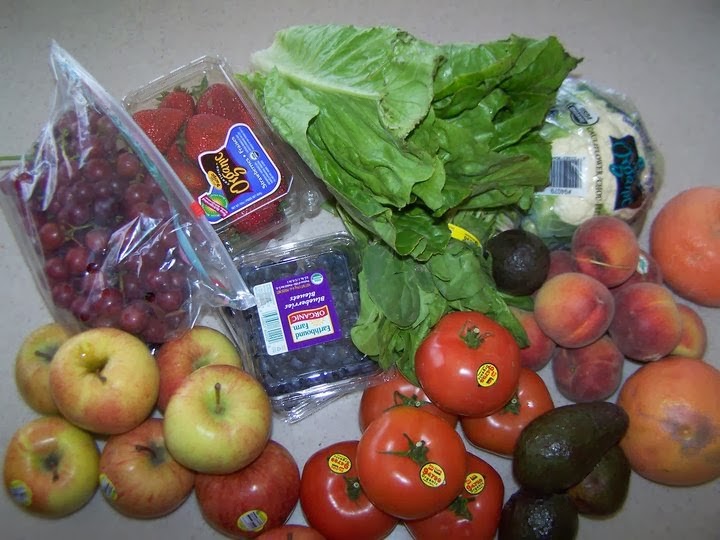 I have been participating in a produce co-op for about six years. If the term "co-op" is unknown to you, it is basically a way for a person to create buying power. As many people know, buying in volume or bulk usually means that you get a better deal. A co-op is a way to do that. A whole bunch of people get together, pool their money, and buy directly from a supplier. So six years ago I heard about this produce co-op and decided to try it out. I have been volunteering as a backup site coordinator ever since. 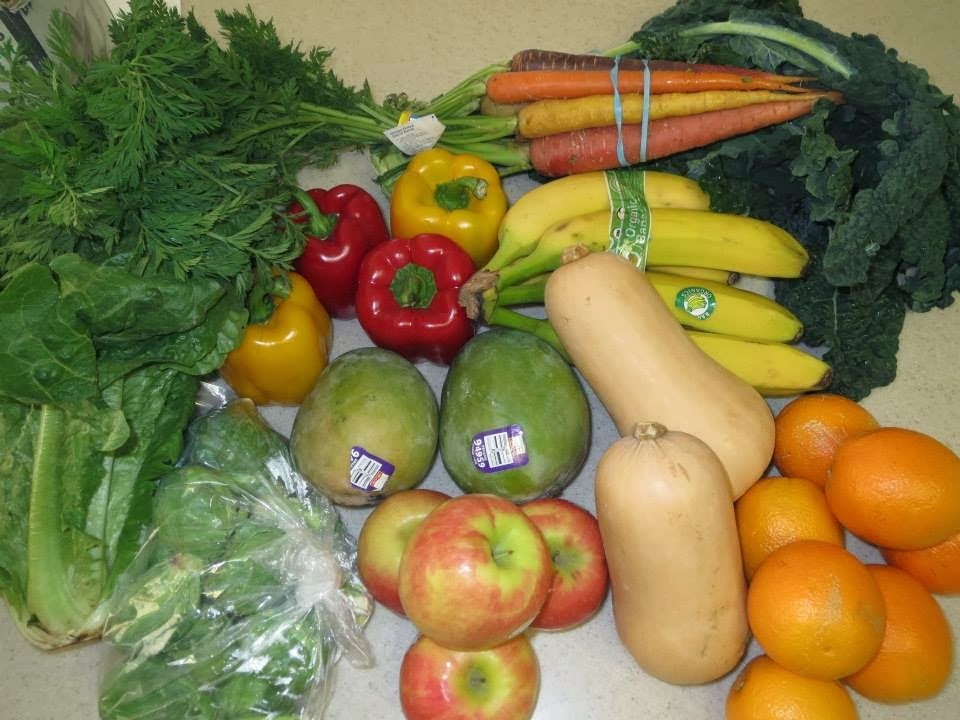 So Bountiful Baskets offers baskets that are about half fruit and half vegetables. They also regularly offer additional healthy products, like raw honey, organic olive oil, breads and tortillas. The conventional basket is $15, and the organic basket is $25. I have priced out the organic produce that I get, and it is regularly at least $50 in produce. 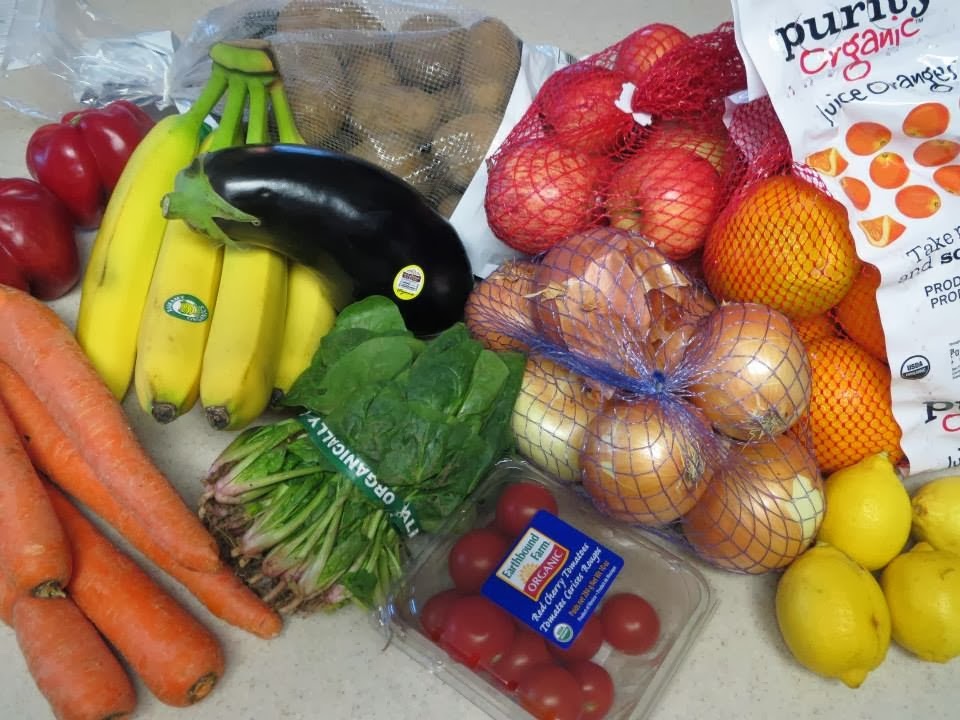 So how does it work? Bountiful Baskets is a not for profit, volunteer run produce co-op. People can pool their money to create buying power. Contributing takes place on Mondays and Tuesdays. Sites have a certain number of baskets allocated, so the earlier you can order the better. Then you pick up from your designated site at the designated time.

Because it is a co-op, participants do not have the choices for what produce they get. As I say to my kids,"You get what you get and you don't throw a fit." I have found that the benefit is, along with the produce we already love, we are forced to eat "out of our box." A year ago we got some fennel and had no idea what to do with it. We ended up finding a recipe for a butternut squash and fennel soup that became a hit in our house.

Here's a final, and completely pointless, Bountiful Basket story. When I first started participating, I was also coaching cross country with Keith, a good friend of mine. We went on an early morning Saturday run. After the run I told Keith that I had to pick up my basket, so he went with me. We went in my family's new Honda Fit, wearing our (coincidentally) matching running clothes. While we were loading up the organic basket, another participant held up something and said, "What is this?" I answered, "It's Swiss chard. We love sauteing it in a little olive oil and sea salt." At that moment, we both realized that it would not be possible for two straight men to seem more gay.

I have loved my time volunteering with Bountiful Baskets. I have gotten to know many of the people who pick up at my site, and I volunteer with a wonderful group of people. On top of that, I am saving money each month on fresh, healthy food for my family.

By the way, the first person to comment with the movie reference for this title will get a free bag of Gatorade.

Posted by Renaissance Dad at 8:58 PM